ProtonVPN is a VPN service provider operated by the Swiss company ProtonVPN AG. ProtonVPN is a beneficiary of Proton Technologies AG, the company behind the email service ProtonMail. The story of Proton Mail began at CERN, the European Organization for Nuclear Research, where the idea was born and where their founding team met. In 2014, on the 25th anniversary of the web, ProtonMail was built to ensure online privacy for millions of users across the globe. The ProtonVPN project was born out of a need for a better software for the activists and journalists that use ProtonMail. Started out as a crowdfunded projects, ProtonMail and ProtonVPN continue to be primarily supported by their community and are being developed with community’s input. As it comes to fighting for online security and privacy, ProtonVPN take pride in have a long track record of challenging governments, educating the public, or training journalists. ProtonVPN team consists of experts in security and Internet technologies - scientists, engineers, and developers who are striving to apply their expertise for the public good.

*Choosing a 12 month subscription. If you are willing to sacrifice some features, you can get plan for 4$/mo. Free plan is available too with limited usability. macOS users with version 10.12 and above can use native application, others will need to use Tunnel Blick to access ProtonVPN servers. Some of the information and technical data is taken from ProtonVPN homepage. 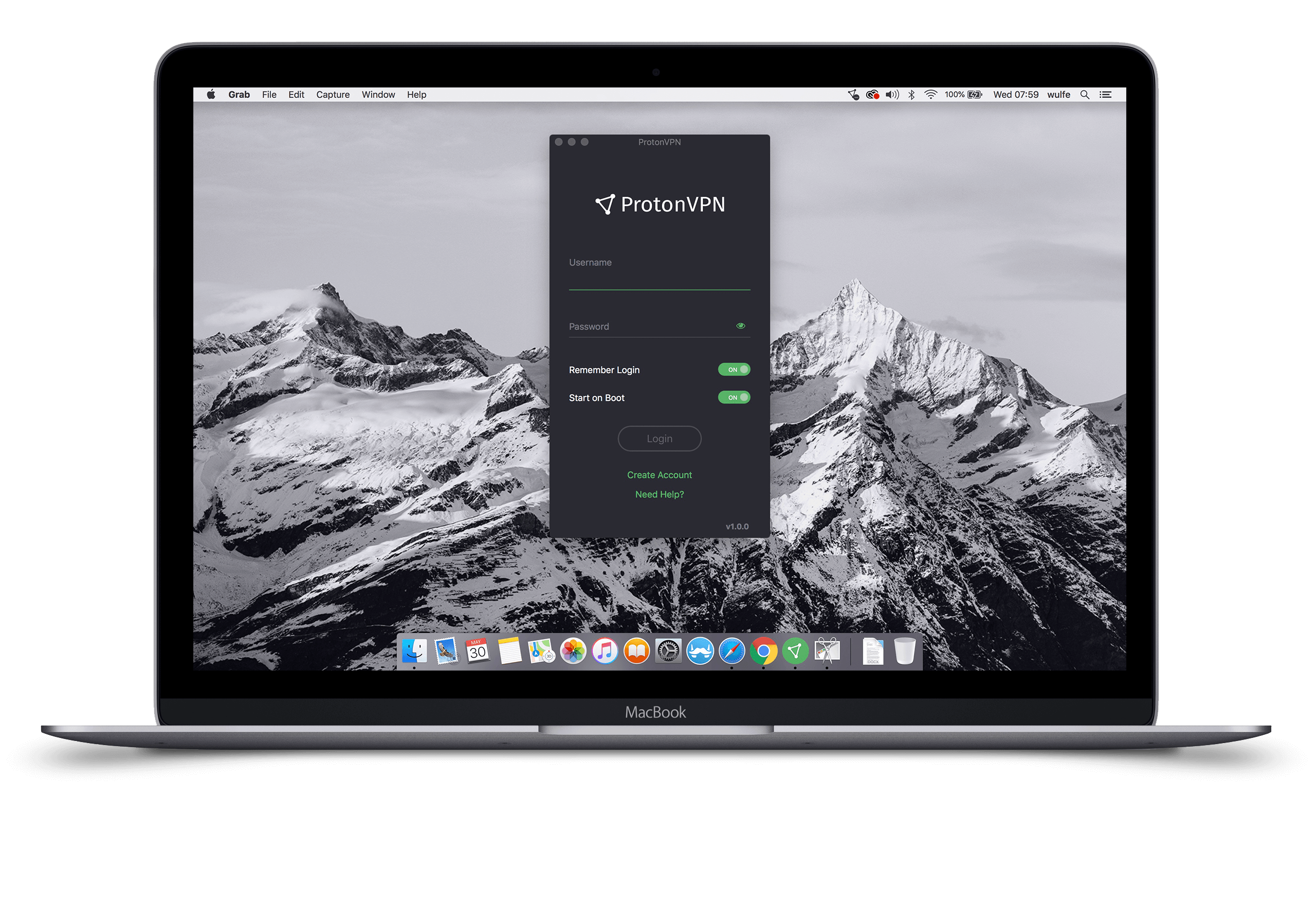 Proton VPN is a company built on the principles of transparency and security which openly provides complete information about themselves so that you know exactly who is running the service. Their main infrastructure is located in former Swiss army fallout shelter 1000 meters below the surface. Their servers in Iceland are located in former military base, and the servers in Sweden are based in an underground data center. So not only Proton VPN protects your online privacy - the physical locations of their servers are secured too.

Jurisdiction. Located in Switzerland, ProtonVPN is protected by some of the world's strongest privacy laws and remains outside of the US and EU jurisdiction. To the only legal request ProtonVPN is obligated to answer are from Swiss court and under Swiss data protection regulations, they cannot legally comply with foreign requests that are not supported by a Swiss court order. Which basically means that even if Uncle Sam sent a subpoena to ProtonVPN, they would have no obligation to act on it.

Add-ons. Secure Core This ProtonVPN feature which basically uses two VPN servers. When a user connects to a high-threat jurisdiction, such as UK or China, the user's traffic will first go through Secure Core servers and only then through the server in destination country. Secure Core servers are physically located in countries with strong privacy laws - Iceland, Sweden and Switzerland. Not only physical servers are locked either in ex-military complexes or underground bunkers, but also all of the infrastructure is supervised every step of the way from their offices util it reaches the final destination.

Kill Switch ProtonVPN applications offer a built-in Kill Switch feature or the Always-on VPN function. In the event of you losing connection with the VPN server, Kill Switch blocks all network traffic.

Tor - ProtonVPN comes with the Tor support built-in. Through their VPN servers that support Tor, you can route all of your traffic through the Tor anonymity network and also access dark web sites. This provides a convenient way to access Onion sites with just a single click.

Speed We personally expierienced about 10-15% loss of speed connecting to neighborhood European country. Connecting to India's server or USA East Cost we saw way higher drop in speed, by about 60%. So depending on your and servers location speeds can vary. Disabling VPN would be preferable is you plan on do online gaming.

Netflix US, Hulu US and Amazon US video streaming platforms will be available to you while on ProtonVPN USA servers. While using this VPN you will be able to access any Geo restriscted content simultaneosly on up to 5 devices.

The main problem we experienced with ProtonVPN was the app displaying connected status to the VPN server, but having no internet connection. Switching servers seems to solve this problem.

ProtonVPN has staked its reputation as a privacy-focused company, which is a nice change after seeing so many VPN providers emphasizing speed and video streaming. ProtonVPN doesn’t come without its drawbacks. They do have fewer servers, which results in slowing down the Internet speed. Also, they don't support Crypto currency payments. So in case you’re looking for a VPN just for torrenting or high quality video streaming, maybe they’re not the best fit for you. But if your highest concern is your privacy and your VPN providers transparency and honesty, you should look no further.